Plastic waste is a highly topical issue.  Ever since Sir David Attenborough’s ‘Blue Planet’ television series aired, the public’s perception of the harm caused by the tsunami of plastic waste affecting land, waterways, rivers and oceans has increased exponentially. Plastic waste is part of the wider problem of climate change. But, what is perhaps not recognised quite as well is the fact that disposal of plastic waste by incineration- burning – a common method of disposal – brings its own dangers, namely an increase in carbon emissions.

In fact, for every 1 tonne of plastic waste burned 2.9 tonnes of carbon emissions are created. An astounding and potentially harmful phenomenon.

Climate change is the long-term shift in average weather patterns. Since the mid-1800s, humans have contributed to the release of carbon dioxide and other greenhouse gases into the air. This causes global temperatures to rise, resulting in long-term changes to the climate.

Burning fossil fuels (from which we get plastics) produces energy, but also releases greenhouse gases such as carbon dioxide, methane and nitrous monoxide into the air. Over time, large quantities of these gases have built up in the atmosphere.

To avoid the life-threatening impacts of climate change, we urgently need to curb the emission of greenhouse gases.

With carbon dioxide being a key greenhouse gas (remember it is produced by burning plastics as well as occurring naturally) our goal is to reduce CO2 emissions into the atmosphere.

Why is this important? Well, because the atmosphere works to shield the earth (and all life on the planet) against incoming ultra-violet solar radiation. The atmosphere also keeps the environment warm while managing weather patterns and the extremes between day and night.

Global warming causes climate changes. And when we say climate change, we do not mean longer summers or shorter winters. We mean the frequent heat waves, droughts, storms, melting glaciers, rising sea levels, etc., that can cause havoc for parts of the earth.  Carbon emissions, global warming and climate change all indicate a rise in temperature of the earth’s surface.

Carbon Emission is a Serious Concern

When released, carbon dioxide (better known as CO2) remains in the atmosphere for a lot longer than one might imagine. It lingers on the upper surface for thousands of years. So, the carbon that is emitted today will remain intact in the atmosphere and keep the sun’s radiations and heat from leaving the earth for another couple of thousand years. And carbon alone accounts for three-quarters of greenhouse gases.

Carbon emission is majorly sourced from the burning of organic materials (fossil fuels) including coal, wood, petroleum, solid wastes. But plastic waste is just as much responsible for CO2 emission.

How Carbon Emissions and Plastic Waste are Related 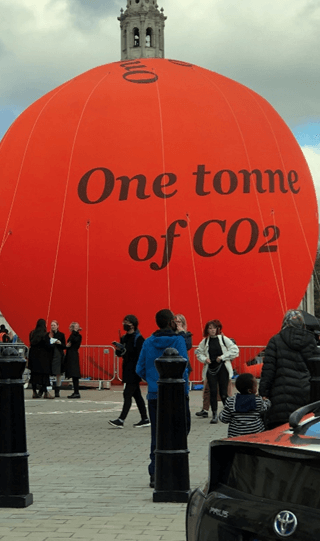 Since the 1950s, mankind has produced over 8.3Billion tonnes of plastic. And though it seems unbelievable only 9% of the total production has been recycled.  6.3 billion tonnes of plastic are estimated to have become plastic waste. In general, two methods are used to dispose of it – It is either sent to landfill or burnt.

While creating landfills causes land pollution, burning the plastic is even more obnoxious. As related earlier, for every 1 tonne of plastic burnt, 2.9 tonnes of CO2 are released into the air.

How Do We Reduce CO2 Emission? 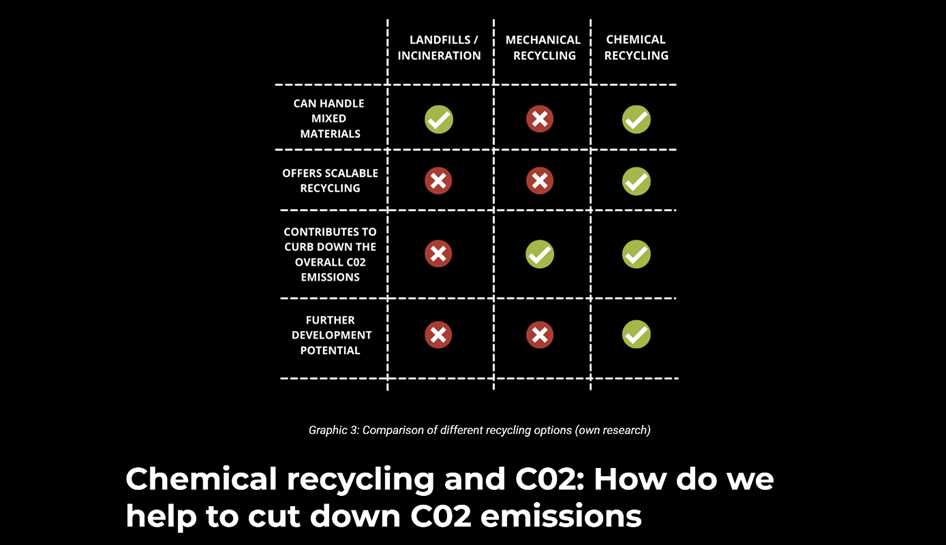 QM Recycled Energy (QMRE) is a UK company dedicated to pushing back the tide of plastic waste. By means of pyrolysis technology, a tried and tested method but with modern and highly sophisticated developments designed to reduce CO2 emissions, we convert plastic waste into oil (the pre-polymer state). By utilising an additional process plastic manufacturers can later use this oil to create new and renewable plastic products. The pyrolysis-based chemical plastic recycling process surpasses other plastic recycling processes in various aspects.

QMRE provides an efficient and cost-effective solution for plastic waste and the carbon emissions associated with it. It is the only electronic pyrolysis process available which is self-powered and creates 11kw of power for every 1 kw used. The process is effectively a net zero CO2 emission operation.

QMRE is in the process of setting up a nationwide network of 150 systems. This will consist of 50 QMRE-owned recycling units and about 100 customer-owned units (which will be managed by QMRE). When fully operational this network will take out 618,750 tonnes of carbon emission per year – a highly effective performance.